Pathways of Self-Determination toward Economic Wellbeing in Clifton

Self-determination is often thought of as one person’s ability to control or shape their own destiny. What we saw in rural communities around the US was a collective will toward economic self-determination for the community. Many people expressed sadness over what they saw as the decline in population and services to their small town. When asked if they wanted new business or more economic development, many residents met the question is hesitation and suspicion.

Yes, community members want economic development, but on their own terms. In Elk River, Idaho one resident spoke about the risks gentrification posed to his desire to live out the rest of his life in the place he loved. The sentiment was echoed from New York to New Mexico. Social wellbeing is defined by interdimensionality: social connection is not unrelated to physical security, which in turn is all wrapped up with environmental health and housing quality. Across communities, residents expressed their choice to live where they lived as social connection which in turn gave them a greater sense of freedom: freedom to roam and express themselves as they are, and freedom from physical threats or harassment.

In the Town of Clifton, which includes Cranberry Lake where the library is located, as well as Newton Falls, residents had recent experiences of economic collapse that allowed them to be particularly articulate about how their need and desire for self-determination related to the economics of the town. The following portrait and case-study is constructed from the field researcher’s notes and transcripts from resident interviews.

How Self-Determination & the Economic Wellbeing are evidenced in Clifton 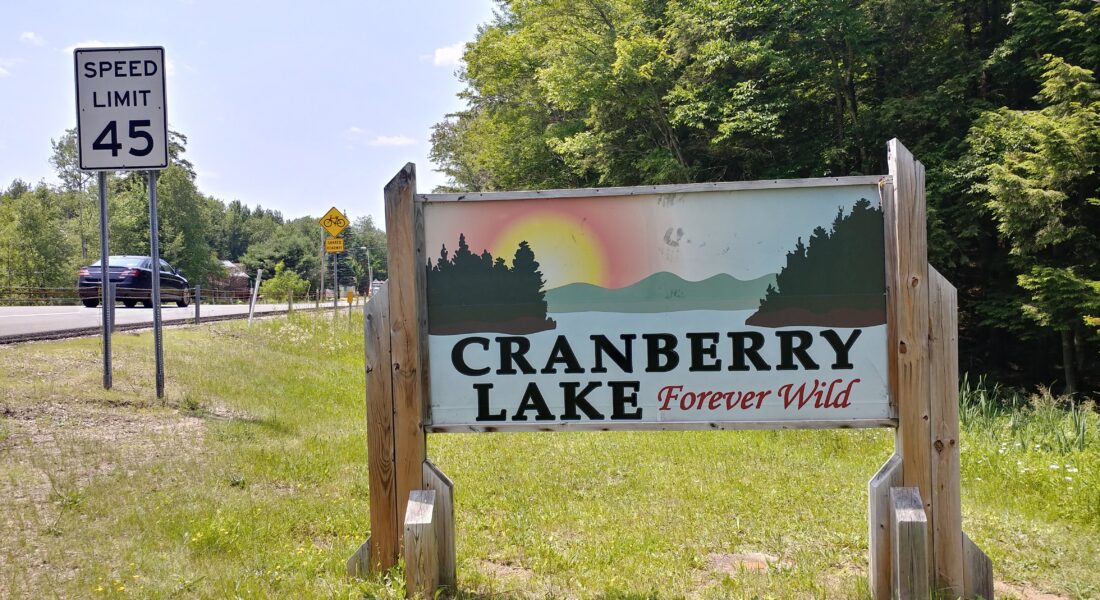 Sign on entering Cranberry Lake, in the heart of Adirondack State Park in New York. 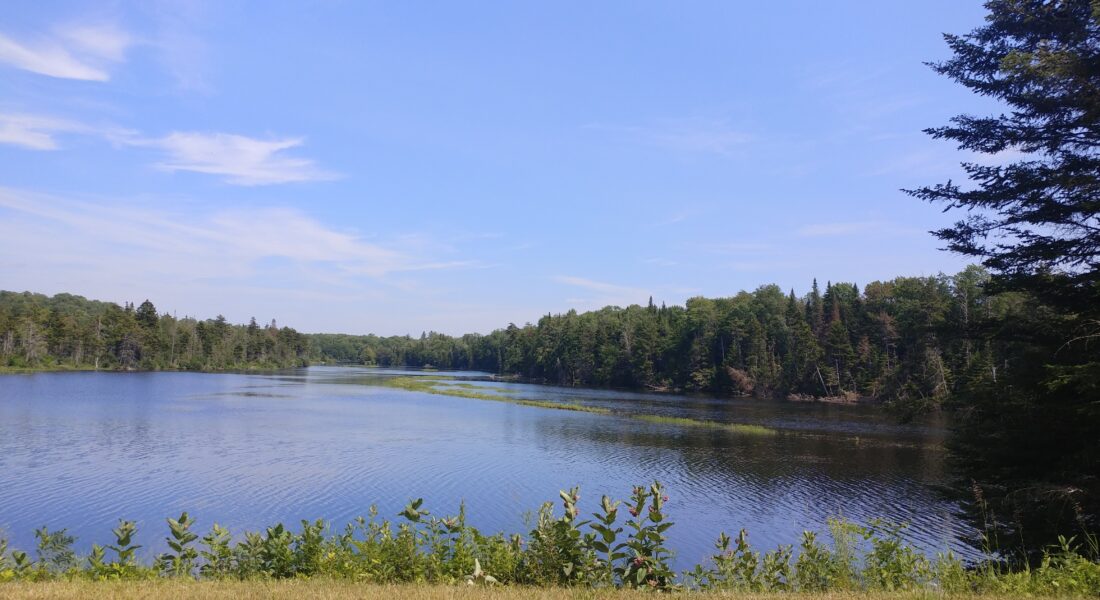 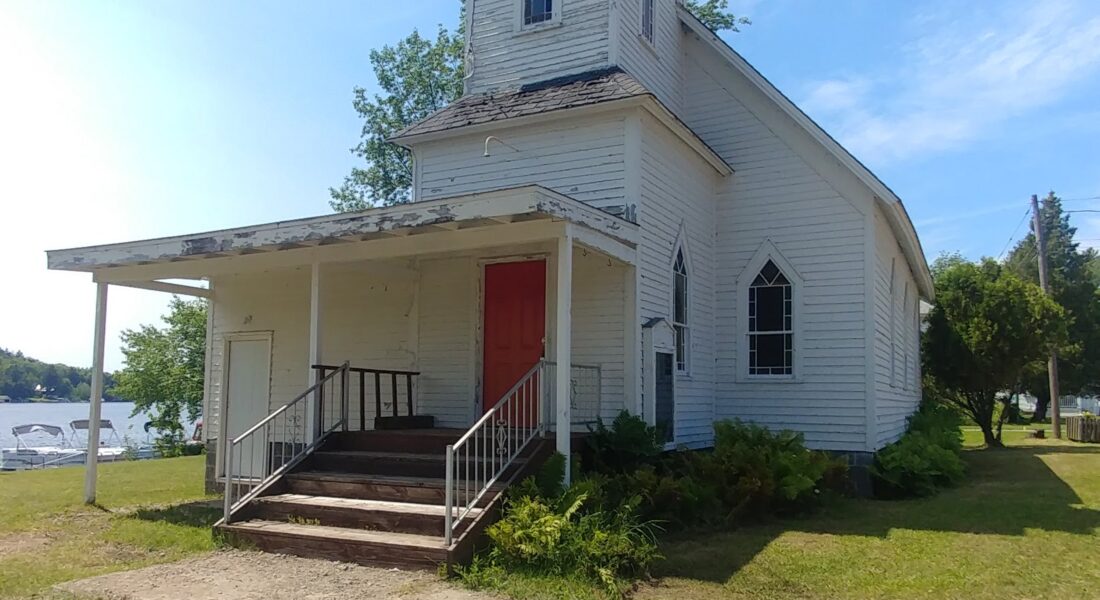 The Hub: a community arts center started by the Cranberry Lake Boat Club 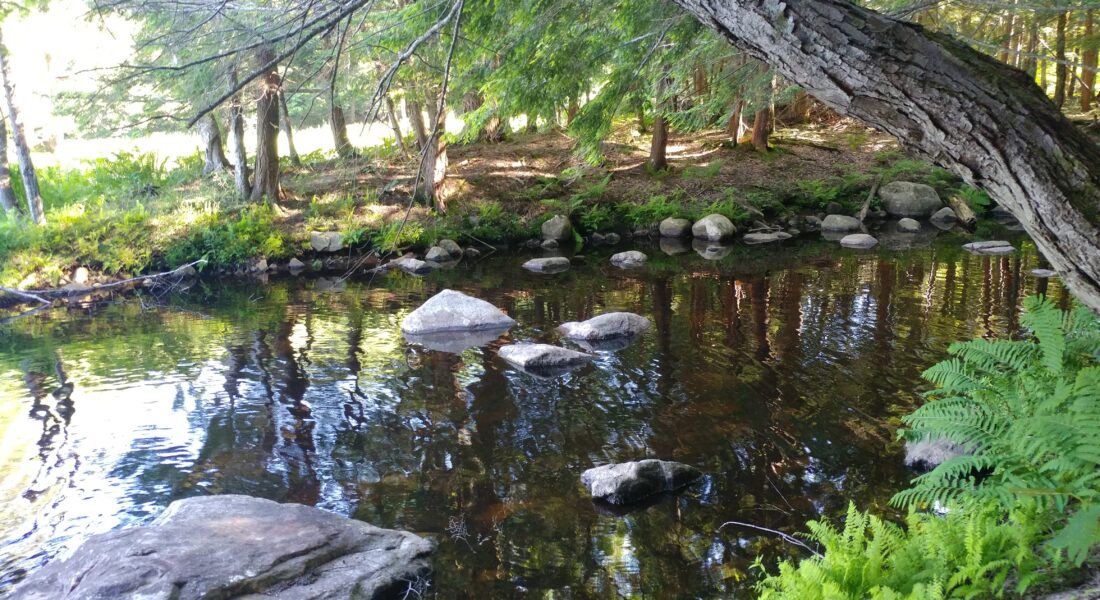 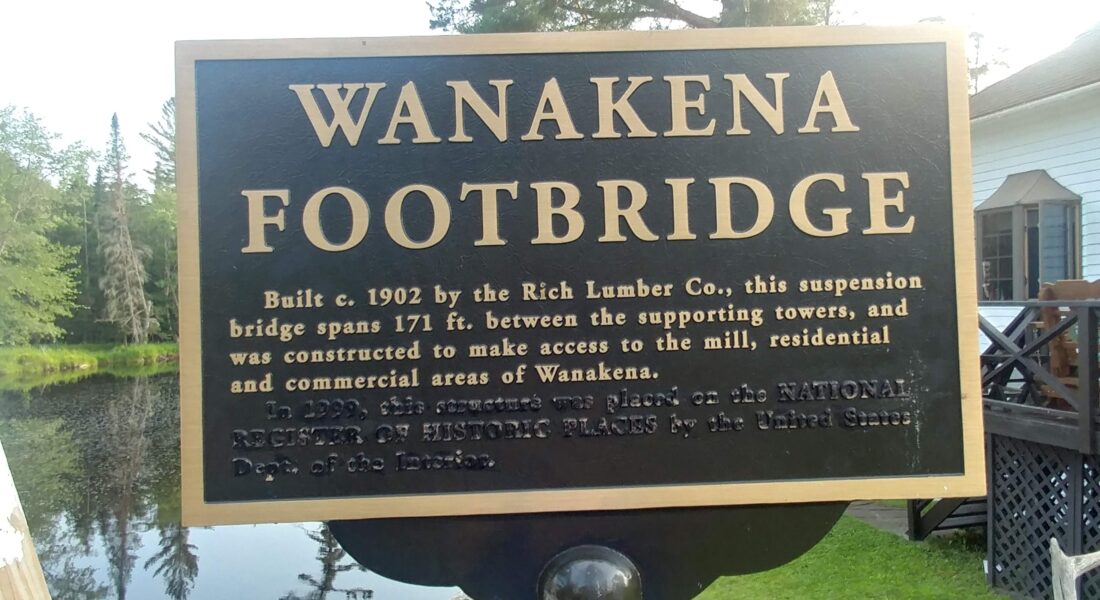 Though it’s 9 miles away, Wanakena is served by the Clifton Community Library 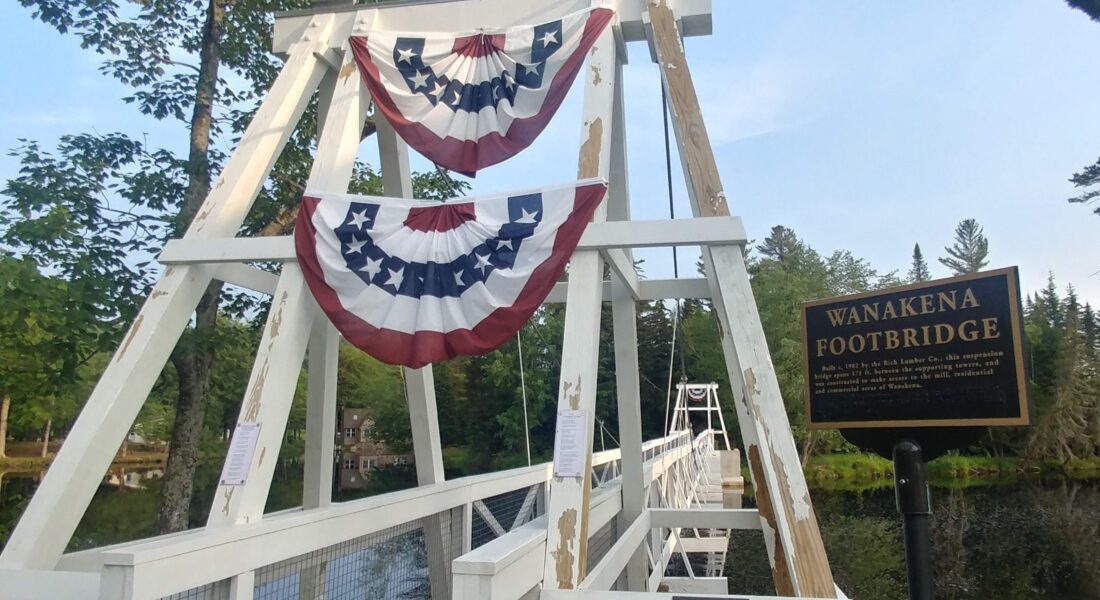 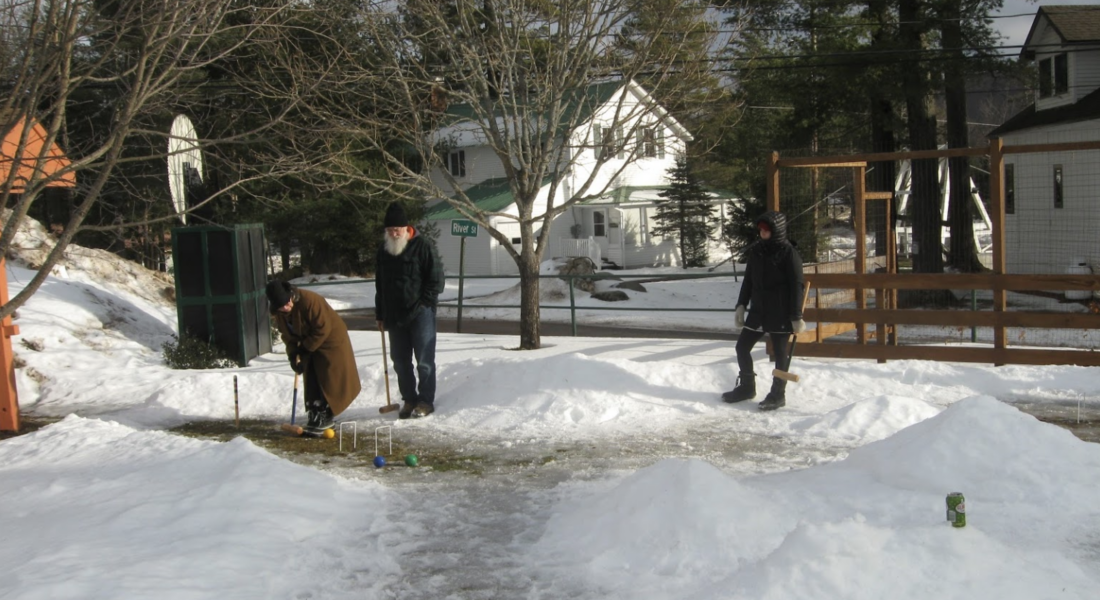 Snow fun in Wanakena. One resident guessed there were less than 20 year-round residents currently. 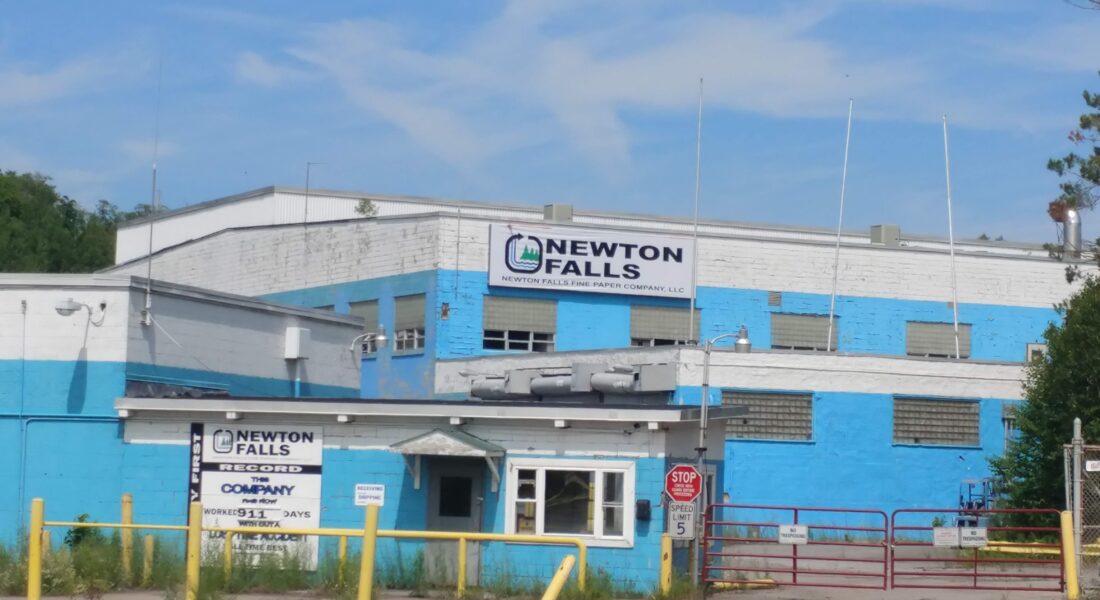 The Newton Falls Paper Mill, closed completely and permanently in 2010, though it began reducing its workforce in the mid-1990’s. 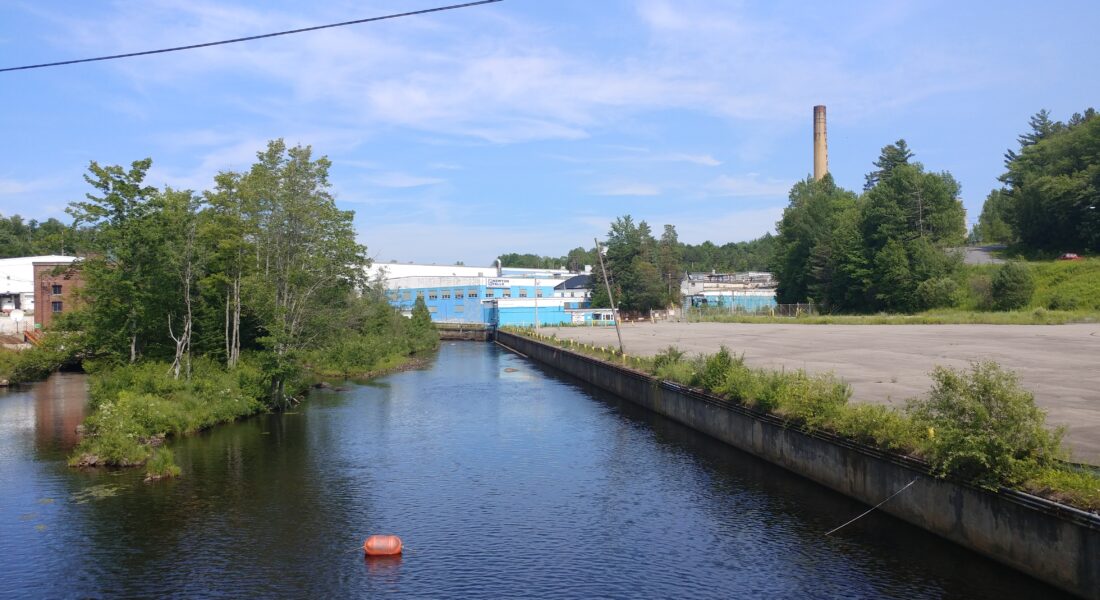 In December 2020, this view completely changed with a tree farm and public park planned for the land. 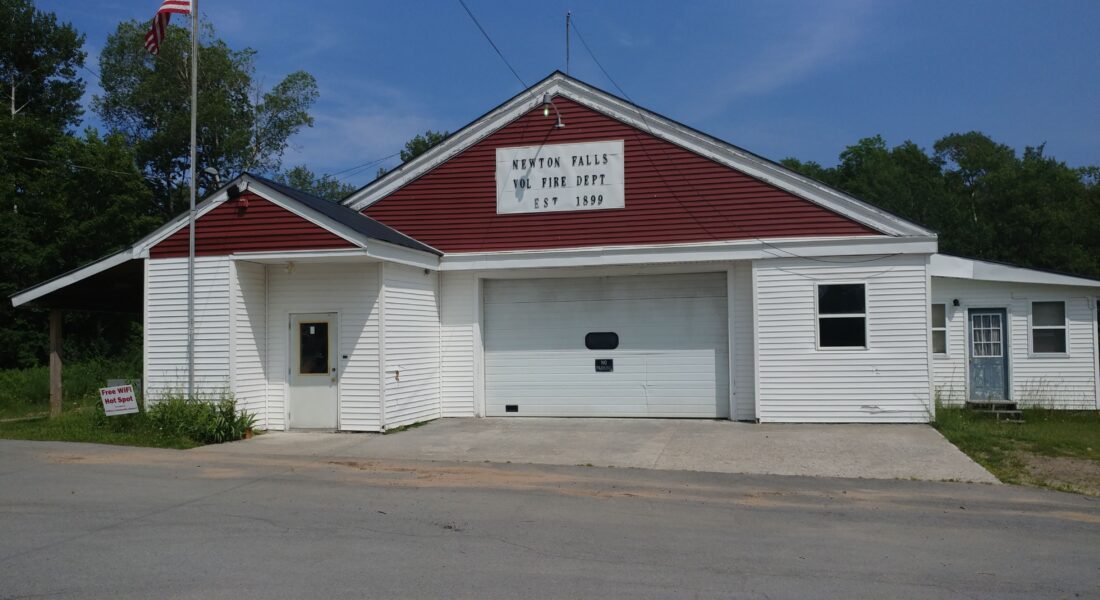 Fire hall where library programs are hosted. Less than 10 miles by boat but over 20 by car, Newton Falls is served by the Clifton Community Library 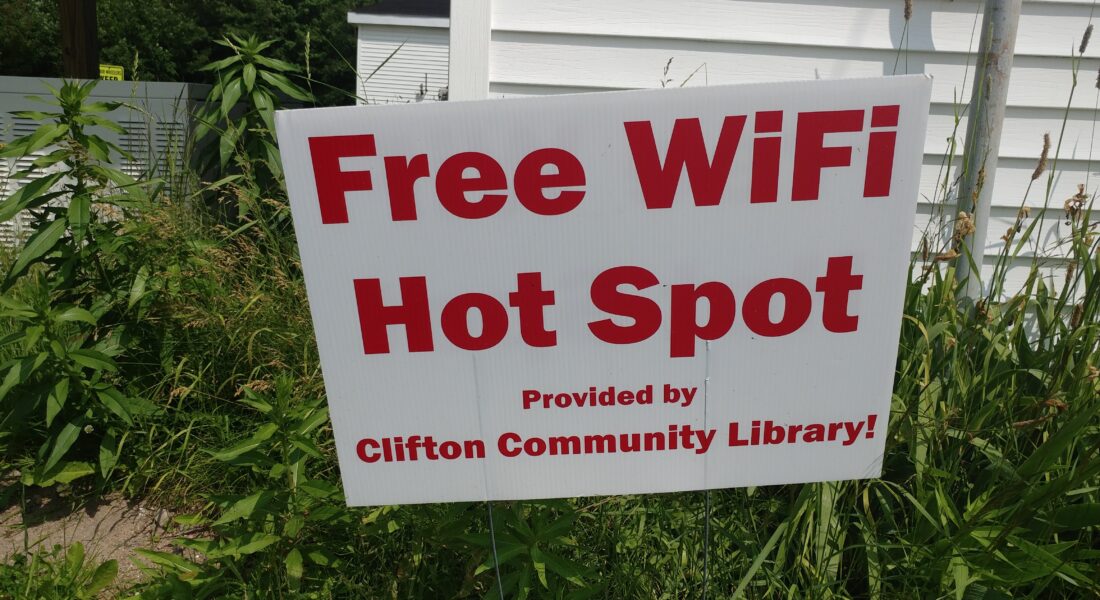 In addition to programming, the Library added a wi-fi access point at the Newton Falls Fire Hall.

The Clifton Community Library is in Cranberry Lake, NY in the Adirondack Park. Most of the people I spoke to came to the area as students or vacationers and found a way to stay. Many people are from the New York metropolitan area. Their love and devotion to the area was immediately apparent. They wanted to participate in Cranberry Lake and Wanakena life. When I walked or drove around Wanakena everyone I passed waved. People joked that the action was actually waving away the black flies. (the black flies were incessantly bothersome during the early evening hours in Wanakena) People willing to wave to a stranger, was a sweet reminder that the basic human need to connect, is not being neglected here.

As I traveled around the communities served by the library I noticed the tension between the need for residents to make a living here and the desire to keep things wild. Many of the people I interviewed were Cranberry Lake or Wanakena residents who enjoyed the natural amenities of the area. They benefit from the Adirondack Park staying wild. I was not able to speak with anyone from Newton Falls. When I drove through the town I was struck by the houses in disrepair and lack of any businesses. There were no people around, no children playing. The Newton Falls smoke stack from the closed paper mill loomed over the town as constant reminder of the things they’ve lost. This town felt abandoned and forgotten. The residents need to be able to make a living here.

The library is located in a former school and shares the space with the town historian, the town supervisor and clerk and the post office. There was a steady stream of activity in the library, the first morning I did interviews. People were happy to help the director out by being interviewed and were eager to talk about their community.

The Clifton Community Library, while located in Cranberry Lake, NY, is the only public library within the Clifton-Fine School District. They take their responsibility seriously and serve all communities within the school district although they are chartered, governed, and funded as a municipal public library. Their board, the director, and newer community members see a fluid line between Cranberry Lake, Wanakena, Newton Falls, and Star Lake. And the library provides direct service in the form of material pick up, wi-fi hotspot, and programming to both Newton Falls and Star Lake. The library is seen as critical economic and information infrastructure – even though residents could buy fiber broadband, tourists without electricity and wi-fi rely on the library.

The broader community of Clifton-Fine which the Clifton Community Library serves hold its economic and population decline in recent memory. The last mill within this network of villages closed its doors in 2000. Where in the 1980’s Clifton-Fine’s communities all had distinct and desirable resources: Newton Falls had the mills, Wanakena the island cottages, Star Lake the large population center with high school, banks, and hospital, and Cranberry Lake the 4 season lodge, grocery store, and public library. The community members interviewed see Newton Falls as home to only generational poverty, and Cranberry Lake is left with only the library in all seasons.

Then, the most remarkable hit to Cranberry Lake’s economy and sense of self-detmination was the closure in 2008 of the four season Cranberry Lake Lodge. The Lodge was opened in the 1960’s and operated for 40 years generationally through the Merchant Family (NNY360, 2017) serving tourists and locals alike with boat and snowmobile rentals, lodging, and restaurant. It provided year-round employment and helped drive four season tourism in this part of the North Country. Then, something everyone interviewed seemed to think inexplicable happened, the new owner simply closed the Lodge. Suddenly 400 feet of lakeshore was fenced off from community use. The property continues to be maintained, over ten years later, but closed and fenced off.

Although members of the local Boat Club indicated that they had tried to buy the property and a member of the family who used to own the Lodge offered to manage the facility and business, the owner hasn’t budged. “I think he’s a creep.” and “who does that to a community? Who purposefully holds a whole community hostage like that?”

Part of the slowly emerging recreation of Clifton includes partnership between the library and the Economic Development Council (EDC), and the installation two years ago of broadband internet service. Library director Kate Kosior is guardedly optimistic about her work with the EDC. Although it’s challenging to see how development could be possible in Newton Falls or Cranberry Lake, Kate thinks the EDC is the best partner to help make it happen.

Among their structural challenges, this collection of villages are all located within Adirondack State Park. While this feature was a major economic driver is a past full of summer people fleeing the city to lodges and resorts. Most people mentioned their parkland status only to describe the development constraints they’re under. Even within those constraints, (some) cellular service and (moderately priced) broadband internet access is now available to residents and businesses. One guided tour company owner noted that without that new, faster access they wouldn’t be able to sell their slice of the Park to outsiders – an important part of their economic success.

It isn’t as though residents haven’t tried to develop the economy in context of the place where they are. When the mills closed for good a community group tried to take over the last as a public owned project. The Boat Club members raised funds and purchased the Cranberry Lake historic church. The renovation is currently under way to turn the church into The Hub, a community and arts space. And in Wanakena, residents help keep the general store alive by using it as a community meeting place.

This will to build, to cooperate, to continue to try to see the potential in the place they love to well, is what community members say they love about Clifton. These are people who gather and express. One truth of this place is that much of the energy and money leaves with the first snow fall. Another is that this community is rich in experience, skill, and cooperative drive which binds the summer people to the year round residents in an authentic and appreciative way. 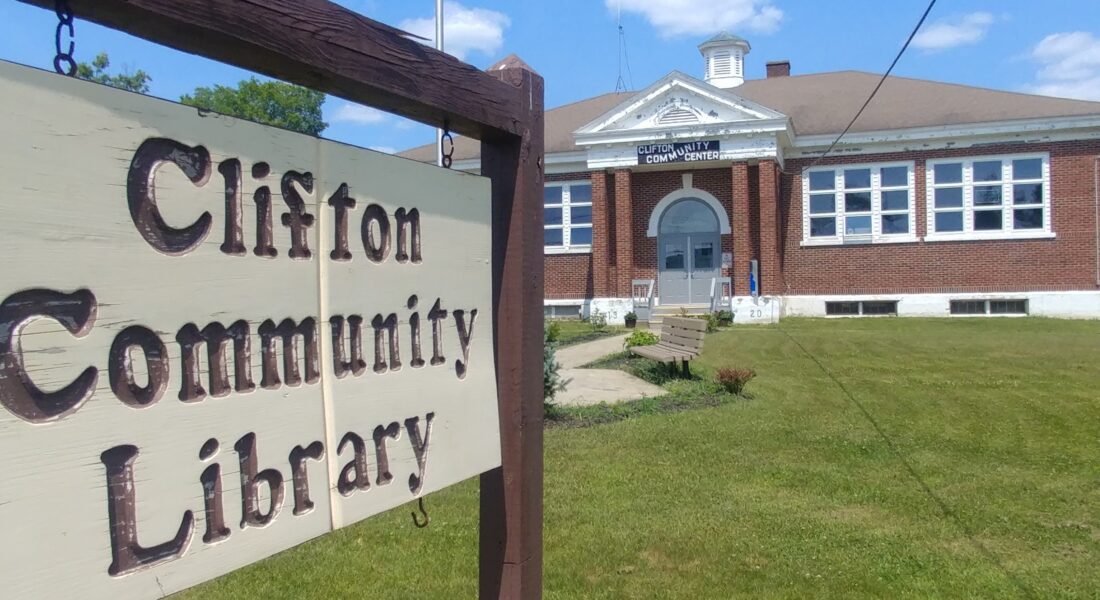 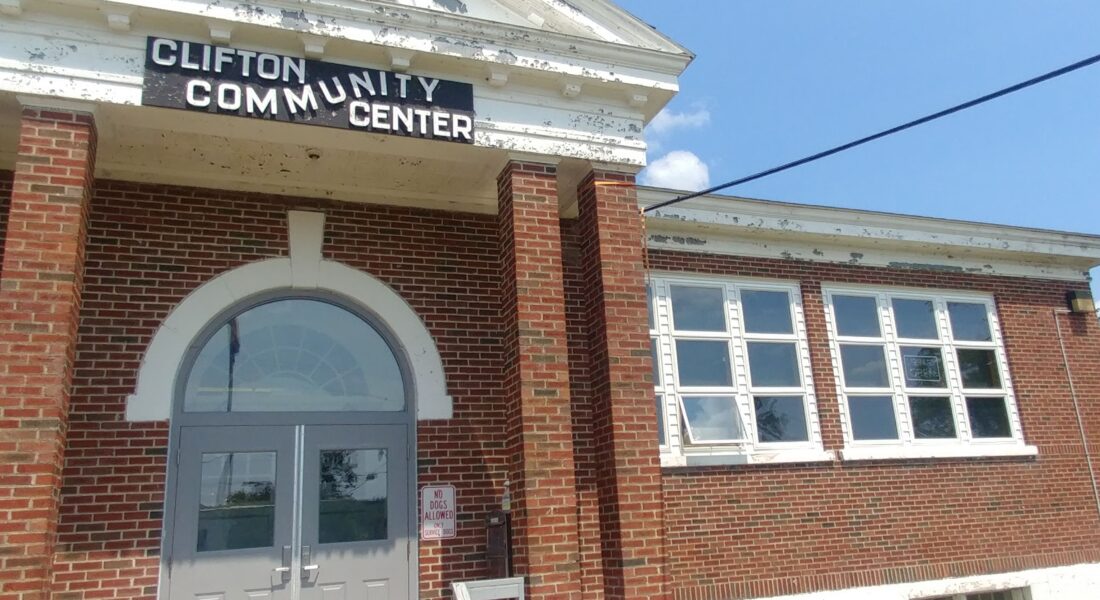 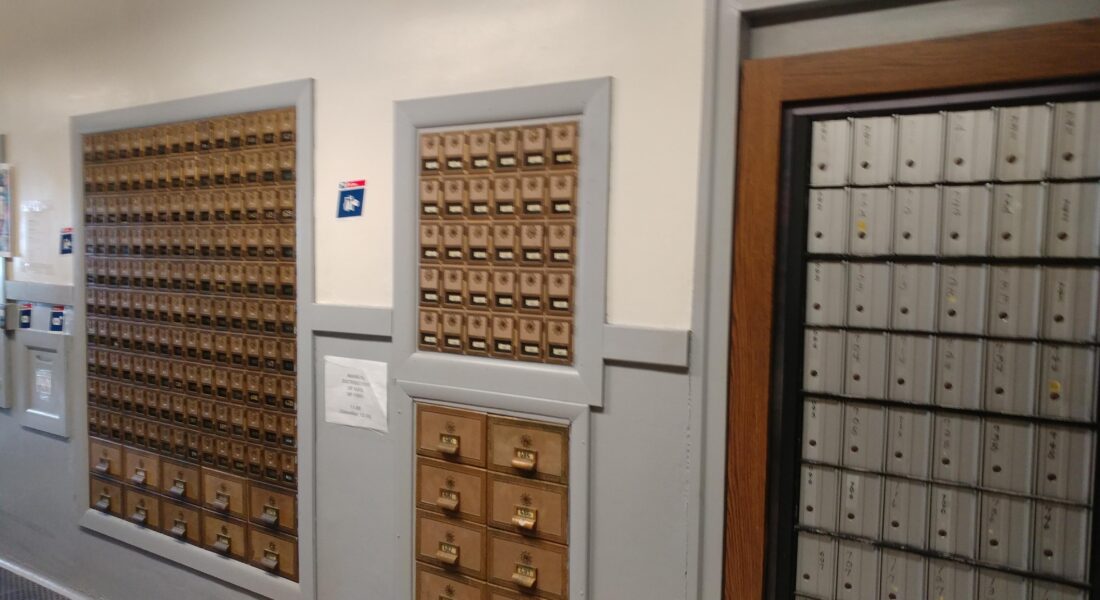 Across communities, we heard post office boxes were a main gathering place. In Cranberry Lake the boxes are just down the hall from the library 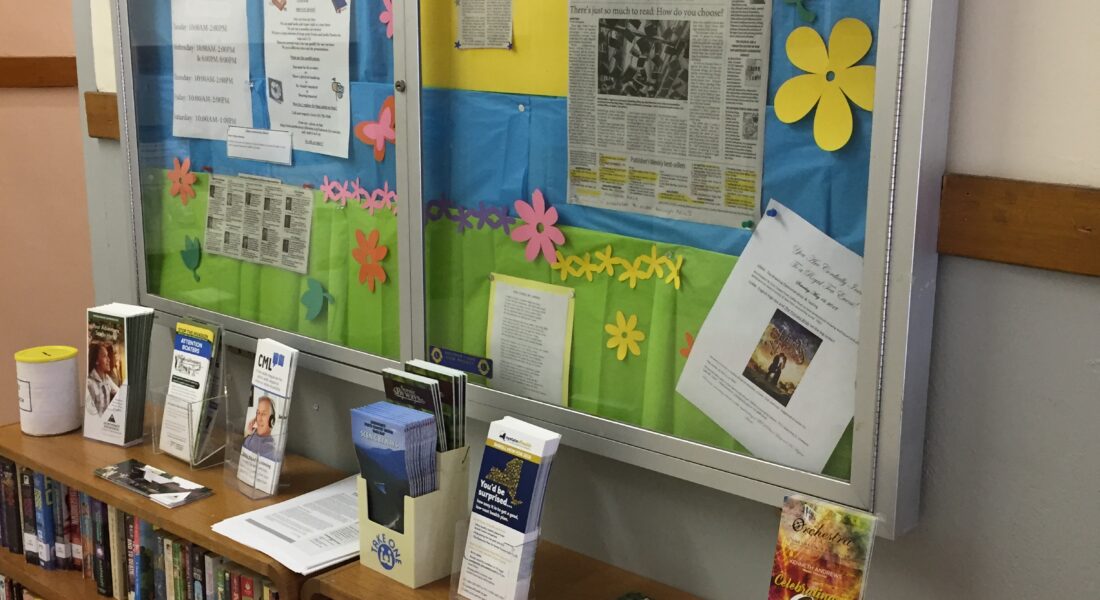 The library extends into the school building’s hallway, welcoming people with both books AND community resources and information 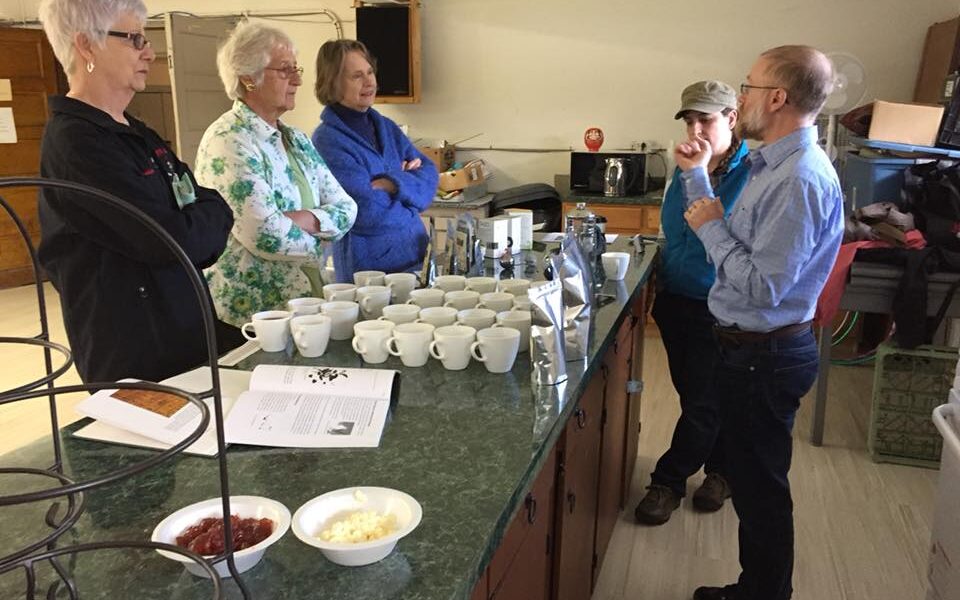 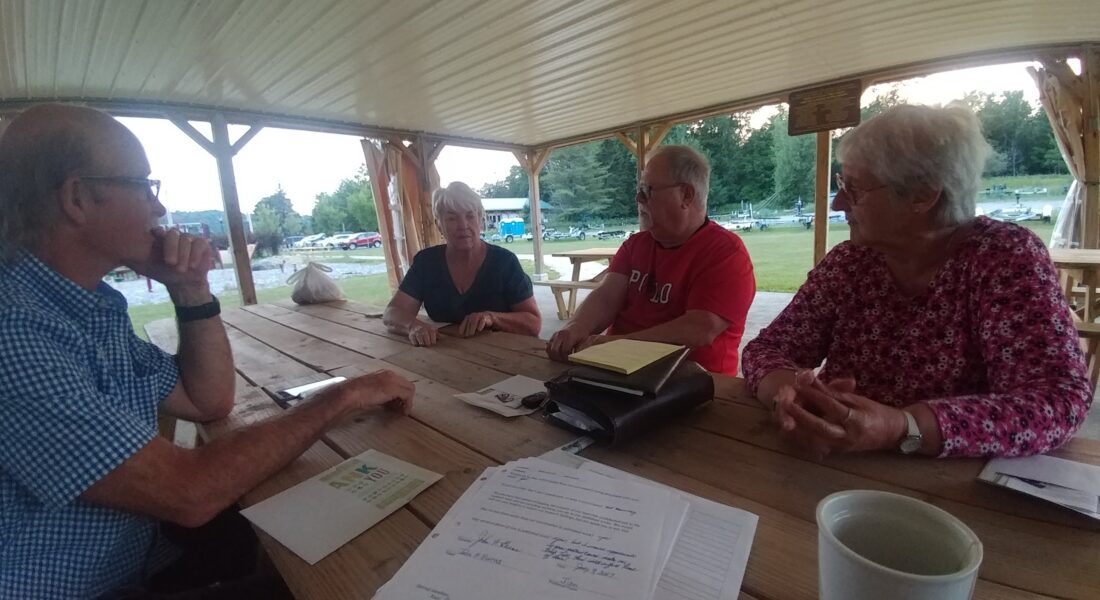 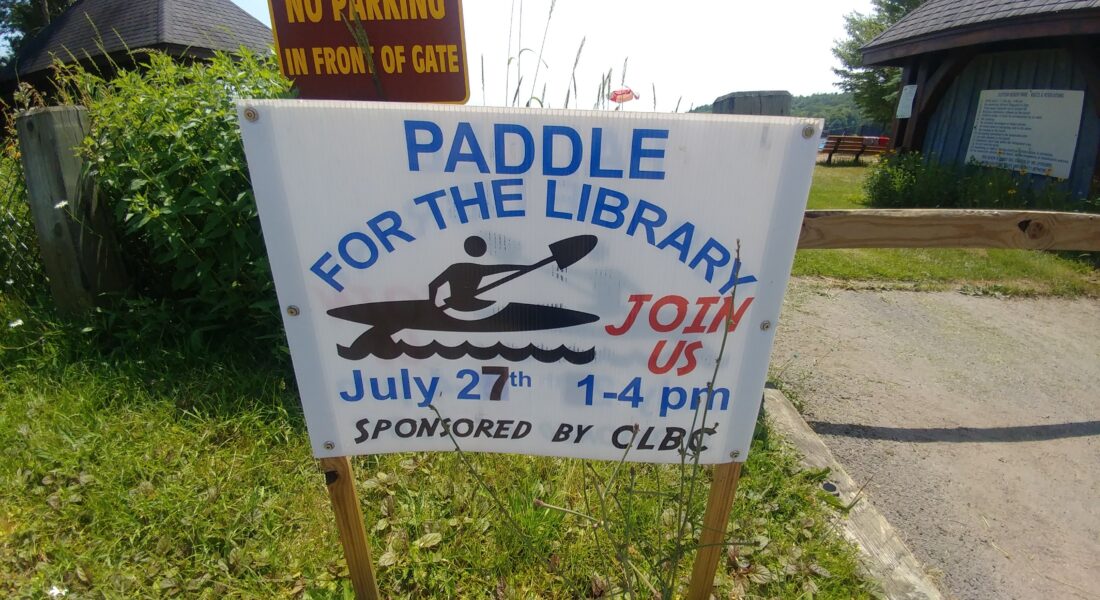 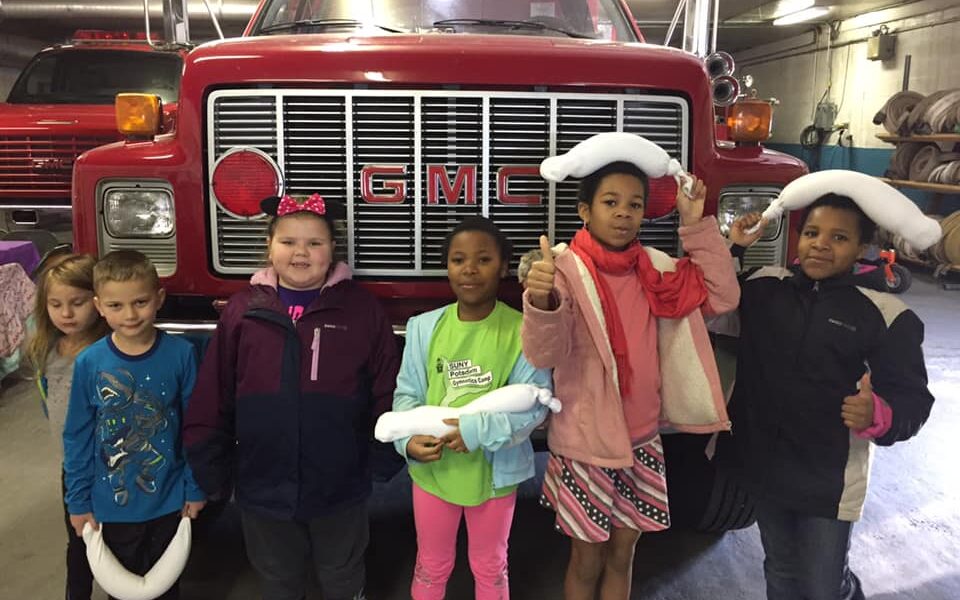 Program extensions to Newton Falls include a poverty relief story-time series where participants leave with a little extra to help out at home: soups, microwavable heat pads, books, pajamas, and more. 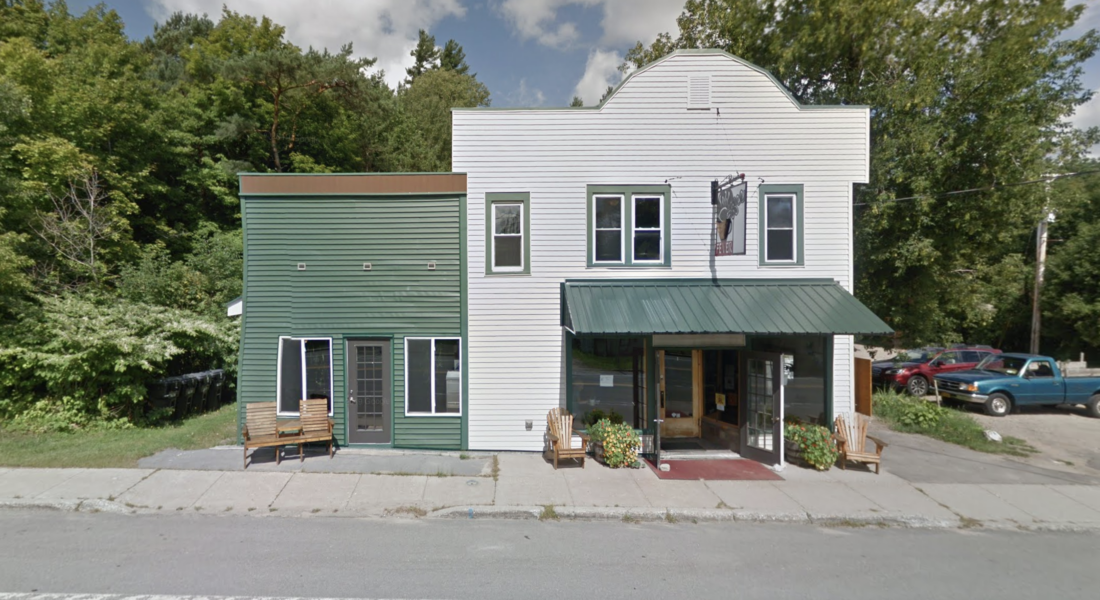 Although outside the library’s service region, Star Lake residents have no public library so the library director does material pick up and drop off at Coffee Fever in Star Lake.

Cranberry Lake is in the town of Clifton. There is social pressure to live in the town where the library is. There is also town rivalry. Residents expressed the view that Star Lake (Town of Fine) has everything (school, hospital, banks) and Cranberry Lake (Town of Clifton) has only its public library. The library is a community keystone. There is a sense among year-round residents that availability of the physical space is a mental health benefit, as much as it is a physical health, and social benefit.

Library is THE mitigating force against winter isolation. As the library as “organizing center”, gathering place, and social touchstone to mitigate isolation with human interaction AND access to the wider world. Book sales are very popular among individuals interviewed. Library outreach efforts are well matched to the specific community need. Newton Falls has the kids and low access to the internet so they receive storytime and wifi at the firehall (and neighboring playground). Star Lake has an older, less mobile adult population and the library provides two different pick up/drop off locations there. Wanakena is mainly populated by tourists in 2 season cottages with limited electricity or access to internet service. There the Friends of the Library sponsor summer entertainment driven programming – live performances, theater, and movies.

Listen to or read the interviews: Site 5 on Open Science Framework