Pathways of Delight toward Belonging

Delight has a special function in creating individual and collective belonging: it’s the hook to engages the newcomer, and it’s the tether that ties the youth that moved away to their home. And once someone feels already a part of the community, having experiences of delight become a part of the weave of local experience that motivates them to engage in the future, and keeps them tied to their neighbors or to local institutions, like the library. Sociologists and ethnographers, like Robert D. Putnam and Eric Klinenberg have demonstrated the importance of those connections to a person’s quality of life, and even how long they live.

Desire to create delightful experiences is often core to the programming librarian’s idea of service. What we noticed in this study was how delight was designed for with intention by some of the library directors and managers whom we spoke to in order to achieve locally desirable outcomes. For instance, hanging colorful flags over the children’s corner in Helvetia was to distinguish the space as FOR KIDS, said director Jerianne Davis. Parents and grandparents said that the delightful design made them feel wanted: a space was for their children. In Idaho, teen after teen told the researcher who was there right before Halloween that the haunted library was the most exciting thing to happen in the valley in the fall. When talking about their “pretty alright” town, it was little delights like the haunted library that peppered every positive description.

How Belonging and Delight is evidenced in Meservey 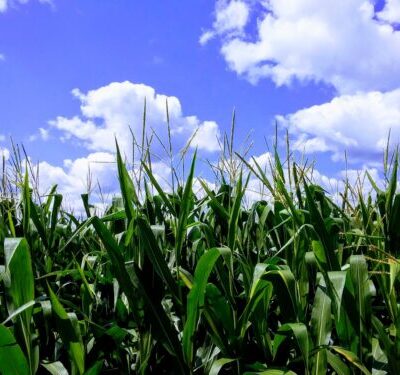 Iowa’s expansive flatness took my breath away. As I approached the town, Meservey seemed to be dwarfed by the natural surroundings. A tiny blip on the map as you are driving through to someplace else. When I entered the town, it felt cozy, but also empty. No one was visible. It was quiet weekday morning; it was sunny, hot and still. The library is on the main street through town, nestled between houses. There is a field of tall corn just behind the library.

The library building is small and unassuming. Two things stood out for me when I entered the library. This library holds the history of the community within its walls and this library provides serendipitous experiences for those who enter.

Enlarged yearbook spreads of graduating classes from the 50s and 60s are displayed in a carousel that people can flip through. There is a large trophy case that houses trophies and photos of championship teams from the same time period. The director created book displays that pay homage to beloved classics with delightful props. There is a spider web that says “Some Pig” in the corner and a yellow brick road and witch feet emerging from The Wizard of Oz.

People in Meservey love their town and its history. They are straight forward, down to earth and friendly.

Community members describe the library as a “bright spot” in a decades long decline, from farm consolidation which ate more land but required fewer farmers, to fewer kids from farm families which in turn precipitated school consolidation which then disincentivized families from staying in or moving to Meservey, which was devastating for the local economy. From multiple gas stations, restaurants, the farmers’ co-op, grocery stores, banks, churches, and a roller rink, to now a small public library, 1 diner/bar, and the co-op.

The Co-op may have survived the exodus of most other economic infrastructure because it has a different profitability threshold. Further, with its heavy equipment and significant facility and a customer base that would have to travel no matter where it was located, it isn’t leaving Meservey.

Around “5 years ago”, the economic outlook was so poor in Meservey and so improved in Clear Lake that low to moderate income families were no longer able to afford Clear Lake, and those working in Mason City saw housing choice limitations. Before then Meservey had suffered a steady population homogenization and decline. Most people living in Meservey were over 65 years old and generational white residents. As they themselves began to move away, house prices in Meservey sank very low. The confluence of regional housing markets and growing employment in Mason City meant that working families, some of whom are latino, moved to Meservey.

These new Meservey families are not generally described as “contributors” by long-term generational residents. All interviewed on the topic are clear about the circumstances these families are in that keep them from contributing more actively in community upkeep, events, and social gatherings. They work far away, they shop far away, their kids go to school far away, and all school events are far away. They live in Meservey because it is the most comfortable place they can find to live that also fits their budget.

Community walking culture is a main social structural support. People walk to the library, Co-op, and Donna’s. It is normal and appropriate in Meservey to be on your front porch or in your front lawn. People “feel for each other” because they see each other all the time. Walking culture, along with multi-generational roots, creates a place where no one is anonymous. There is an understanding among interviewees that this intergenerational, continuously reinforced public culture is good for kids.

While support from the state is somewhat limited, support from the community is strong. After her successful launch of the 4th of July Carnival, Chelsea didn’t have the same level of individual private donations the following year. When she said to the town board that the Carnival couldn’t continue as a free event, the town board committed to funding the gap between private donations and the cost to produce the event at no cost to attendees.

Library as Facilitator of Belonging and Delight 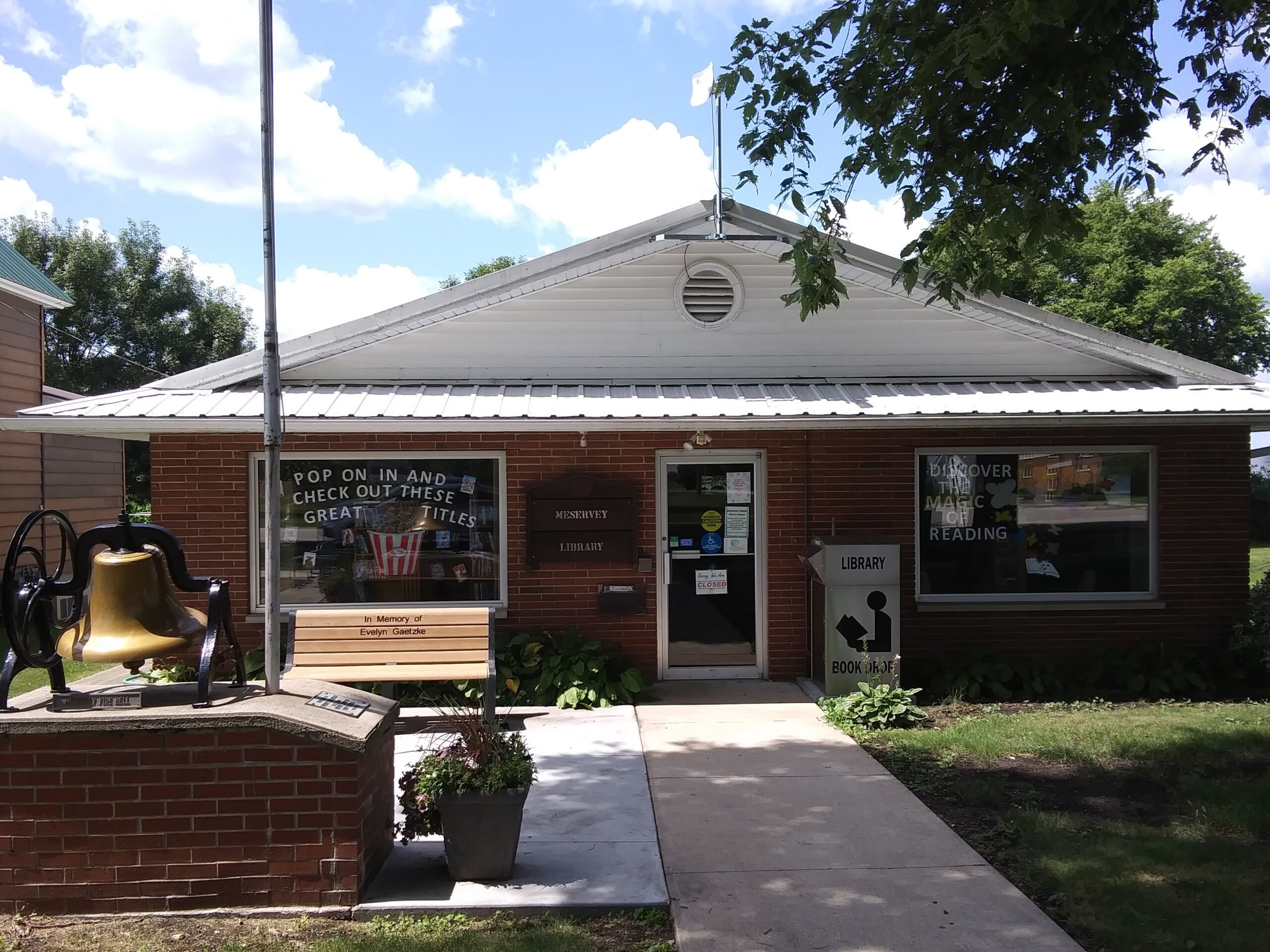 The library is THE community meeting and gathering place for informal social connection, facilitated library hosted activities and programs as well as community led private gatherings like birthday parties and bridal showers. The building itself is centrally located within Meservey and holds a space designed for play and learning, including a Lego table and a space for test proctoring. Making available proctoring space means homeschooling families are supported in important structural ways that limit the barriers they would experience having to drive to a state testing center.

The facility is so used and so loved because Meservey, like many small towns, has the flexibility of “what would it hurt” use policies. As noted by a community member from Clear Lake, larger communities are significantly more formal in their relationships with patrons. Meservey, due to its size, is able to flex to meet the unique and personal needs of patrons. Need a space for a birthday party? What would it hurt to say yes?

Although many people said the library is for the kids/ most important for kids, but that older adults describe informal social interactions with great love. I think that the library has an important role for a population of grandparent age adults who aren’t able to have those regular interactions within their family (no economic opportunity for their kids locally). The library serves a facilitation role as well as a normalizing space where older adults can chit chat with neighborhood kids and kids can get the attention of a generation of adults they would otherwise have little or no interaction with.

Many people expressed an importance in play and the library’s collection of toys, open policy about computer games for kids, and entertainment skewed programming highlights that both the community and Chelsea see the educational value in play and independent exploration. In this context Chelsea pulls programs from across their region, giving families and older adults alike access to wild animals, environmental programming, movies, authors, and performers. She actively makes the library into an interactive doorway to the wider world.

Similarly, the library’s summer reading program brings kids who go to different schools due to consolidation, together with the other kids from town. Library events serve to re-orient residents who may not all get to really live in Meservey to the place where they live. And of course, every person interviewed talked about the Carnival.

“We all think of Chelsea as one of ours.”

For people interviewed, Chelsea is seen as the library incarnate, welcome, active, and thriving. Her programming ideas are seen as not only bringing people in Meservey together, but also gathering people from all over the region. Her design and implementation of the Carnival is a nonstop topic because it is unabashedly celebratory and fun – bounce house, petting zoo (of local farm animals), inflatable slide. Having it consistently has come to mean it serves as a reunion event for people who moved away and for those who never left.

Chelsea is ready to learn from everyone, all the time. “She’s very driven.” Chelsea is unafraid to share her ideas through programming, events, and services with her community. If there is something she wants to try, she doesn’t say to herself “that would never fly here.” She doesn’t underestimate her community or their willingness to engage in learning. Chelsea owns her love for her community and her own deep local roots. She has no shame about it and it influences every part of her work.

Chelsea tries to mitigate the challenges of rural isolation and poverty through library programming including a summer food program for kids and winter adult get togethers. Like all of library’s programming, the funds to make them successful come through Chelsea’s fundraising efforts. Although in some states funding for programs like summer lunches for youth comes through the school district, Chelsea is able to offer these meals twice a week to Meservey youth through private donations requested through Facebook and local social networks. “She’s doing things to make this community healthy and whole.”

Discovery tool: Nature: Going Beyond the Walls of the Library

Listen to or read the interviews: Site 2 on Open Science Framework

Local news video about population decline in rural Iowa, though it focuses on Limoni and Decataur county:

Webinars given by Director Chelsea Price